It’s All About Science, Yeah Science!

So a catalytic converter has a good name considering it works as a catalyst for the harmful fumes and emissions that are produced from your car’s engine. While the fumes and pollution that come from your car are still harmful like, Carbon Dioxide it is much better than the gases like Carbon Monoxide and Hydrocarbons.
When your engine is running, it produces a number of fumes that are then passed through the exhaust system and through to the catalytic converter. The catalytic converter, which contains a honeycomb structure made up of precious metals and ceramic block, help filters the fumes into less-harmful chemicals.
The Culprits – Harmful Gases Produced
The harmful fumes created by engines are: 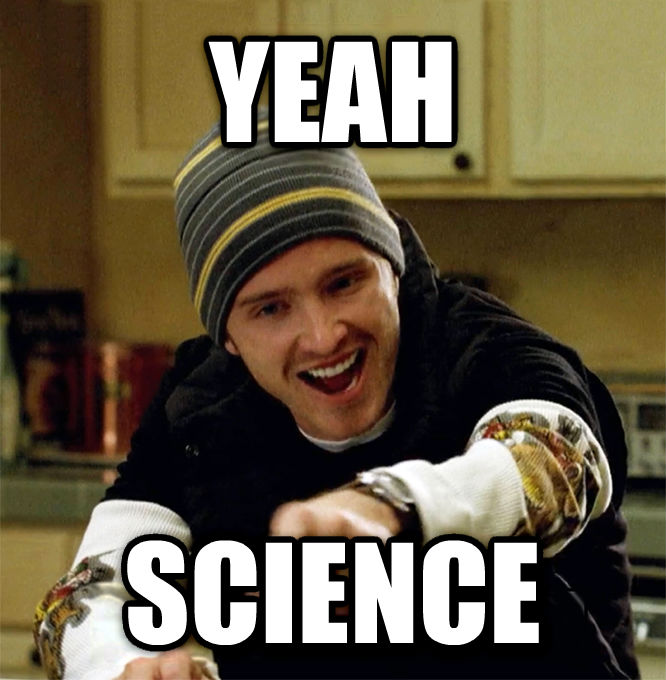 Once the fumes begin to go through the catalytic converter they hit the first set of honeycomb that is made up from palladium and platinum which convert the hydrocarbons and carbon monoxide. They are then filtered through the ceramic and placed through another honeycomb of precious metals. This one is made up from palladium and rhodium which converts the nitrogen oxide, which is a large producer of smog.

The harmful chemicals are converted into the following chemicals after the process:

What Happens When They Breakdown? 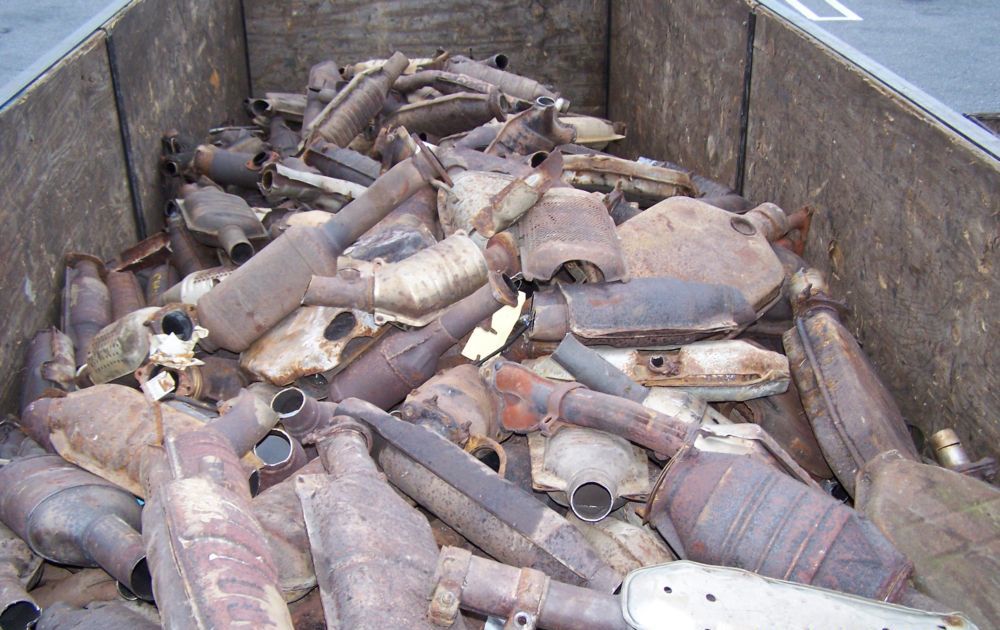 When catalytic converters no longer work, they are difficult to diagnose by a mechanic without actually taking the whole unit off of the car. Some telltale signs that your catalytic converter is failing is your car won’t go faster when you press the gas pedal or you see a large drop off in your gas mileage. If your catalytic converter breaks down and it is time to get it replaced, you can bring your old one to a scrap yard and usually get some good money for them.

Not all scrap yards purchase them because they are difficult to classify for the correct price. The range of prices can be from $5 all the way up to $200 per catalytic converter. Find your local scrap yard through the iScrap App and ask them if they accept catalytic converters. If not, you may want to ask around if they know any auto body shops that do.

Sources:What is a Catalytic Converter? – How Stuff Works

How do I know if my Catalytic Converter has failed? – How Stuff Works

Copper Shooting For The Moon, Still Pushing 10-Year Highs – 5/5/21
How To Take Apart A Scrap Industrial Transformer
Why Are Copper Prices Increasing Right Now?
Why Are Catalytic Converter Prices So High?
Why China is Refusing Scrap Metal & Materials
Mystery Scrapping Powder?
Metal Monday: Difference in Steel & Aluminum BX
Wondering Where Prices Have Been? – 10/23/19
3 Reasons Why You Shouldn’t Melt Your Own Scrap Ingots
2014 Scrap Metal Prices Year End
Metal Monday: Should I Melt My Gold?
When Are Scrap Prices Going Up?
Should You Save or Cash In Your Scrap Metal?
What Will President Trump Do For Scrap Metal?
It’s Almost Time… – 6/26/19

Need help? Contact us using this form and we will get back to you as soon as we can.

These are the prices you reported for
them

These are correct
Oops, These aren't correct